Colorado Springs, CO – (January 23, 2018) – Junior volunteers are needed to fill an exciting role during the upcoming 2018 U.S. Senior Open Championship, conducted by the United States Golf Association (USGA), being played at The Broadmoor, from June 25-July 1.

Junior volunteers, ages 13-17, interested in this once-in-alifetime opportunity to be inside the ropes with the best golfers in the world are encouraged to apply. More than 100 junior volunteers are needed to act as standard bearers, which involves carrying a two-sided scoring sign and posting scores for a group of golfers. Junior volunteers are required to walk the course and should have a comfortable knowledge of the sport.

Junior volunteers are asked to work a minimum of four, four-hour shifts over the course of the seven-day championship. All juniors must be 13 years of age by June 25, 2018. Applications will be accepted on a first-come, first-served basis. Junior volunteer package pricing is $50. For detailed information and to apply to be a junior volunteer, visit www.2018ussenioropen.com and use the registration code, Junior.

The U.S. Senior Open Championship is for golfers age 50 and older is open to any professional and any amateur with a Handicap Index® not exceeding 3.4. ❂

About the U.S. Senior Open

The 39th U.S. Senior Open, conducted by the United States Golf Association, and to be held June 25-July 1, 2018 at The Broadmoor in Colorado Springs, Colo., will feature a field of 156 of the world’s best professional and amateur senior golfers (over the age of 50). Players who are eligible to compete include Fred Couples, Kenny Perry, Bernhard Langer, Vijay Singh, Steve Stricker and Tom Watson. John Elway, who has led the Denver Broncos to Super Bowl victories as both a player and a general manager, is serving as 2018 U.S. Senior Open honorary chairman. This U.S. Senior Open will be the eighth USGA Championship held at The Broadmoor. Fox Network will provide live television coverage of all four rounds of the championship.

The USGA celebrates, serves and advances the game of golf. Founded in 1894, we conduct many of golf’s premier professional and amateur championships, including the U.S. Open and U.S. Women’s Open. With The R&A, we govern the sport via a global set of playing, equipment and amateur status rules. Our operating jurisdiction for these governance functions is the United States, its territories and Mexico. The USGA Handicap System is utilized in more than 40 countries and our Course Rating System covers 95 percent of the world’s golf courses, enabling all golfers to play on an equitable basis. The USGA campus in Liberty Corner, New Jersey, is home to the Association’s Research and Test Center, where science and innovation are fueling a healthy and sustainable game for the future. The campus is also home to the USGA Golf Museum, where we honor the game by curating the world’s most comprehensive archive of golf artifacts. To learn more, visit usga.org. 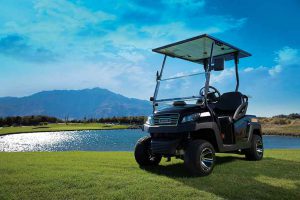 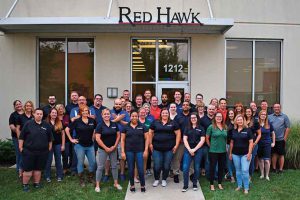