After an exclusive behind-the-scenes tour at the Yamaha Motor Manufacturing Corporation of America (YMMC), host Adam Richman and Modern Marvels: Machines delivers a thrilling look at some of the most modern and exciting recreational vehicles in the world while taking viewers into Yamaha’s U.S. production and product testing facility like never before.

The show’s first episode of the season shines the spotlight on Yamaha’s workforce in Georgia and the company’s extensive U.S.-based manufacturing at YMMC, capturing an insider’s perspective and visiting areas of the Yamaha factory traditionally off limits to camera crews and public viewing. Richman and the Modern Marvels: Machines crew enjoyed unprecedented access to Yamaha’s production and testing facilities to learn how Yamaha vehicles are designed, developed, tested, and produced across YMMC’s campus in Newnan, Georgia.

“Adam and the crew were great to work with and a pleasure to have here at the factory,” said Bob Brown, Vice President, Finance and Operations Support. “We not only wanted to highlight our vehicles being built with pride on the line, but also the amazing folks who work here. We were glad to see the Modern Marvels team do exactly that, for it was about the people at YMMC and the result of their hard work, dedication, and quality of craftsmanship that’s delivered to the world.”

A pillar of the Newnan, Georgia, community, Yamaha has produced nearly 4 million vehicles at YMMC since its founding in 1986, and creates thousands of jobs at facilities in 11 states in the U.S., including nearly 2,000 at the YMMC facility alone, where Yamaha makes all of their Side-by-Side vehicles, full-size ATVs, WaveRunners, and more for global distribution. “Every sixty seconds an ATV or a Golf Car rolls off the line,” says a YMMC employee in the episode.

Richman sums it up, “This is just incredible!” as he continues his tour throughout the Yamaha factory floor. But the finale comes when he gets in the passenger seat for his first ever Wolverine RMAX 1000 ride on Yamaha’s Real World testing track.

“If you’re interested in our Proven Off-Road machines and how they’re made, this episode is a great behind-the-scenes look at exactly that,” said Steve Nessl, Yamaha’s Motorsports marketing manager. “Everyone at Yamaha takes great pride in the U.S. production of so many of our products, and it’s exciting to see the people in our Georgia factory recognized for their hard work, expertise, and enthusiasm for building the toughest, most capable machines in our industry.” 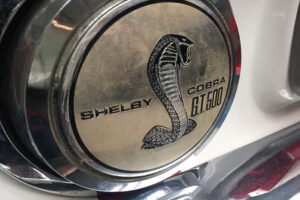 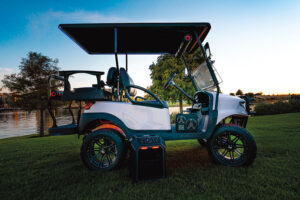 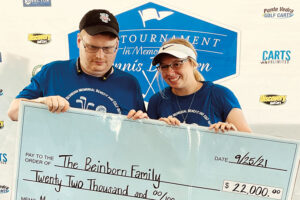