QUESTION: M.D. Writes: Can you please supply some information about Club Car MCOR’s.

ACCORDING TO ROGER: Well get ready to be entertained! I am not quite sure anyone knows exactly everything about the MCOR maze. It is sort of like “what computer do I use on a Club Car”? I bet even Club Car gets confused! Testing MCOR’s is the same across the board. They all have the same three wire high side, low side and wiper, as that has not changed. However, values are not the same across the board. Resistance values can be 7K to 1K, 6K to 1K, 5K to 0 and so on. So if resistance values are different so will voltage values. Throttle mapping, tuning, deadband can become a nightmare. So you really have to pay attention to exactly what system is in the car. Meaning IQ, Excel or i2. The controller being used has to match the input values. Then throw in that odd ball year from 2008.5 to 2009.5 that had a TPS throttle (Throttle Position Sensor). Understand, just because the car has a Shunt Wound Motor System, they are not all the same! Then it gets even better. Some model cars based on year, and system can have a parasitic draw/input on the negative inputs to the MCOR and Speed Sensor. Meaning another device is using the same negative. What happens is a feed back into the controller logics. When that happens the controller shuts down. Sometimes we have to move the MCOR negative and Speed Sensor negative to a hard negative. That just means we are not supplying negative from the controller. It appears there are three versions of the O.E.M. controllers that use an MCOR. IQ is a Black box. Excel is a Gray box. i2 is a White box. So you can kind of use the box color as a guide for replacement without modifying the wiring for figuring out what MCOR to use. Typically, a White controller will be a more conventional 5K to 0 wipe. The rest of them, Black and Gray are all over the board. We are already at generation 4 on MCOR’s and again that one seems to be the newest direction.

I know when speaking to customers I ask a lot of questions in order to get identity. Once I know the identity of the system, trouble shooting or parts replacement can be done much easier. So, basically, you will do the same thing. Do not just order a part based on it being a 2004 or 2013 year. Check what system the car has and then order. We are talking about MCOR or controller parts not front ends and rear axles. Those type of parts are based on make, model, MFG code or serial number.

MCOR’s do not all have the same connector. Some have a 3 pin triangular Deutsch Connector and one 2 pin Deutsch Connector. Some have a flat 6 pin connector (TPS models) and some have in-line 3 pin and 2 pin connectors. To help with choices we are looking at building adapters for the different configurations. We are looking at building MCOR’s that have one standard value.

Stay with me on this because we are not done yet!

How about the pedal group the MCOR mounts to. Is it a generation one or generation two? So guess what the MCOR’s will not interchange! Once again, you have to look and see what is on the car. Maybe, that pedal group was changed and that will mess up your order for sure. My advice, once again, is look first and do not order something based on make, model, MFG or serial number (this is only a guide). The MCOR/Controller/Motor is a tad bit tricky as you can see. Should you need assistance, I do have hundreds of documents on that subject. Just email me and I can send you trouble shooting or identity information. 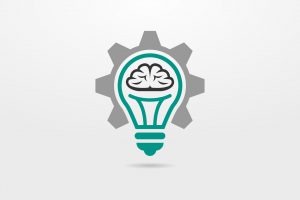