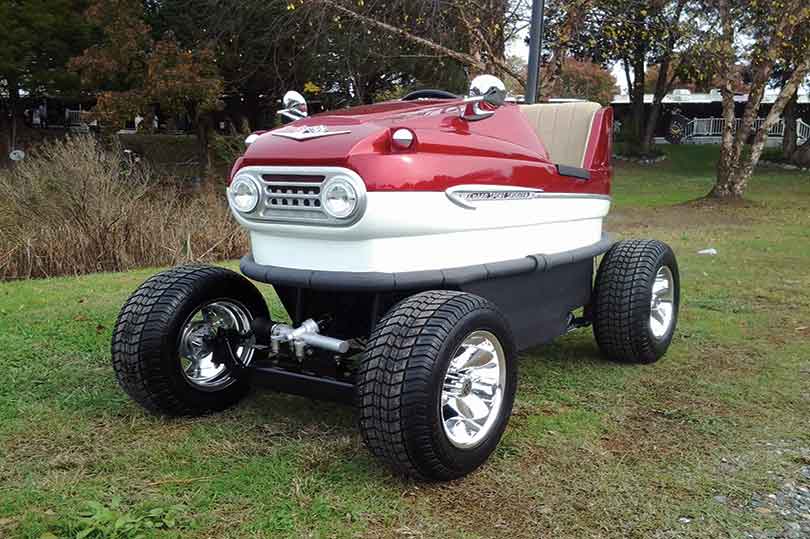 A fun golf car landed its maker on the History Channel.

Darrell Sears does pretty much everything at his golf car business.

According to the Unique Carts website, he “answers the phone, replies to email and voicemail, and plans, designs, builds, and services golf carts himself.”

As his business’s name indicates, he likes a car that’s a bit unusual. It’s that love of the different that got him and one of his cars onto History Channel program ToyMakerz. The car that got him noticed was one he made using the body of a vintage fairground bumper car. He told the Southside Sentinel that after a friend told him about the TV program, he thought about what he’d built that might work.

“I kept thinking about it and a couple days later I submitted a picture of a 1959 Lussee bumper car that I had built for a customer from Prince George, Virginia,” Sears told the Sentinel. “I told my daughter Katy about it but I had no idea she would call ToyMakerz.”

He was invited to participate in the show, which required building another vehicle for a race. For that, Sears used another vintage bumper car body and teamed up with a local mechanic for a modified version of the 6.5-horsepower Predator engine required by ToyMakerz.